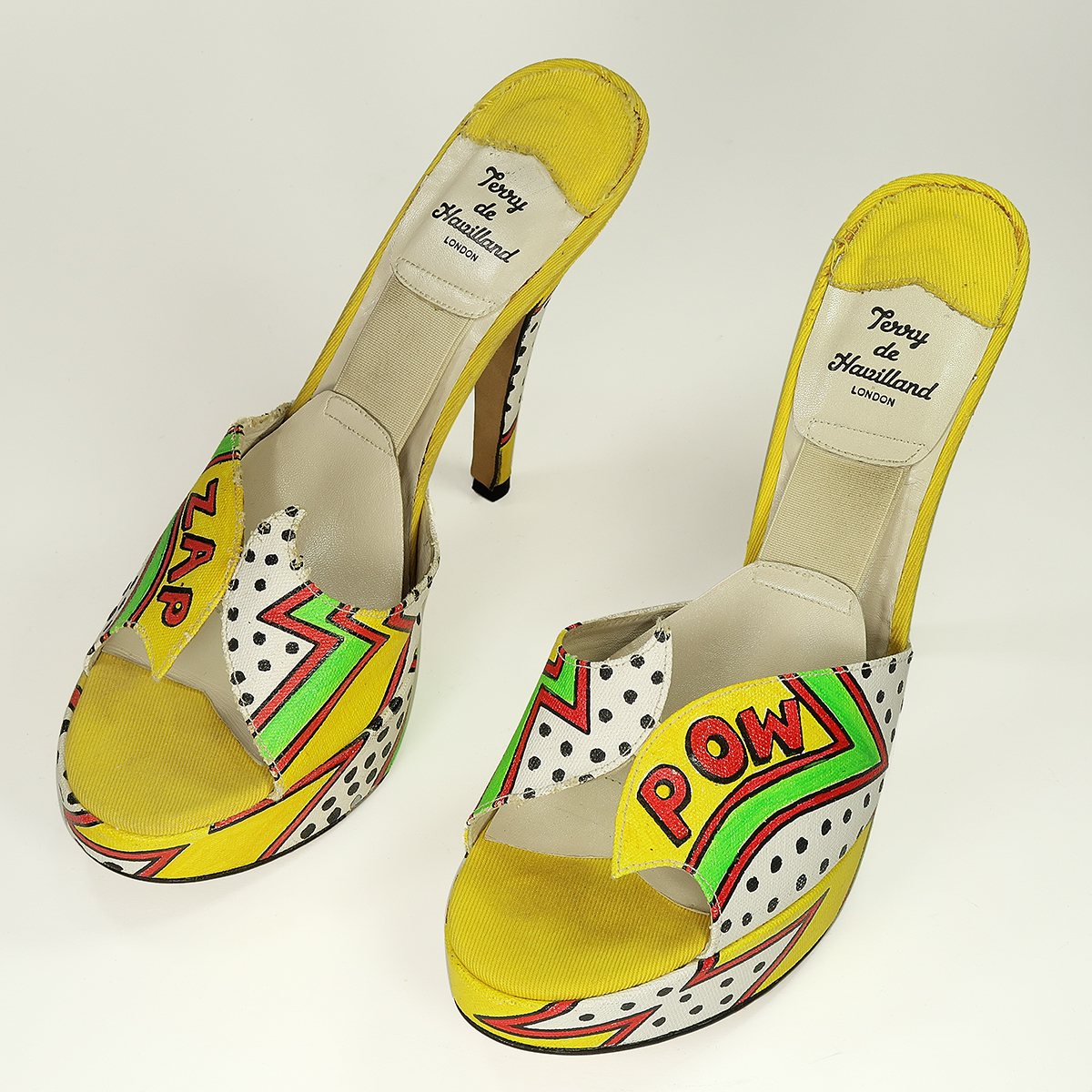 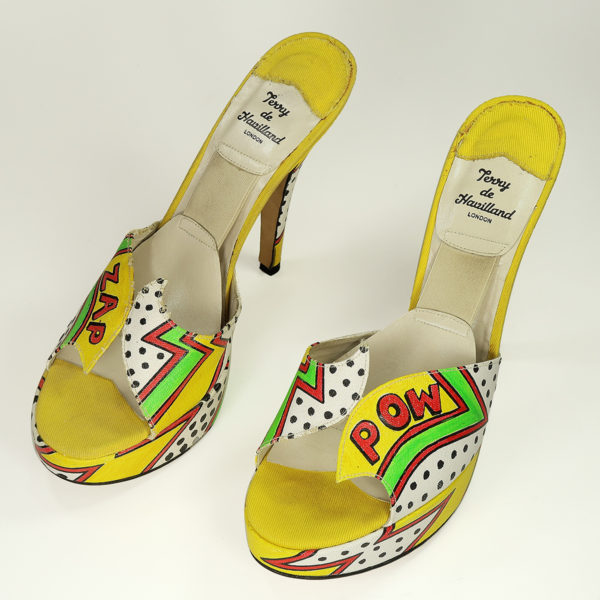 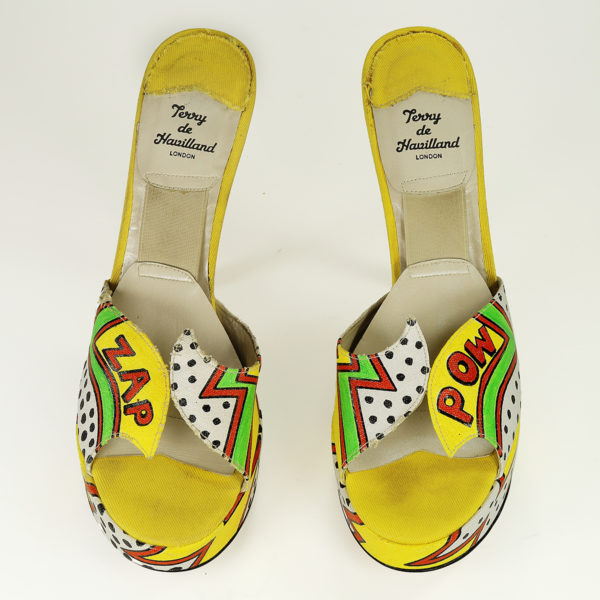 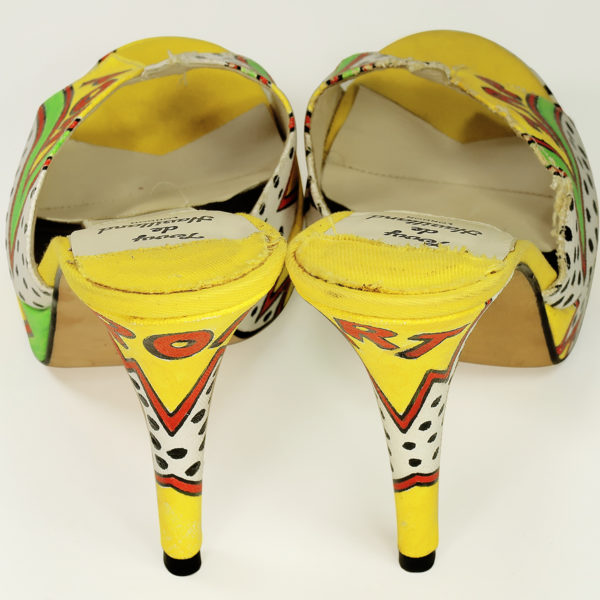 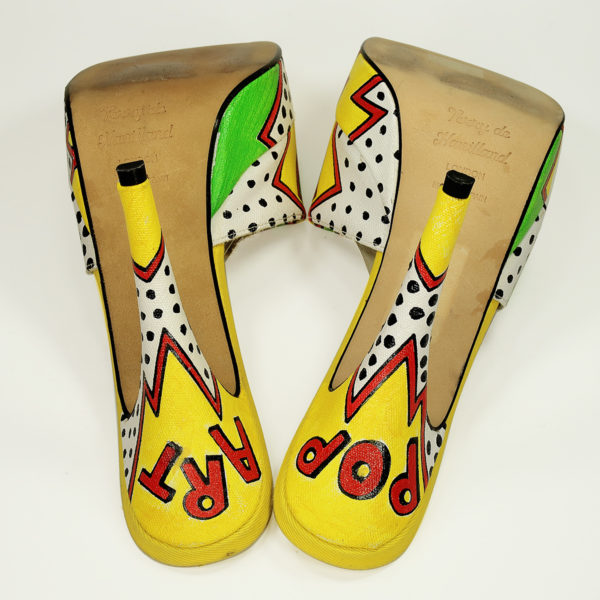 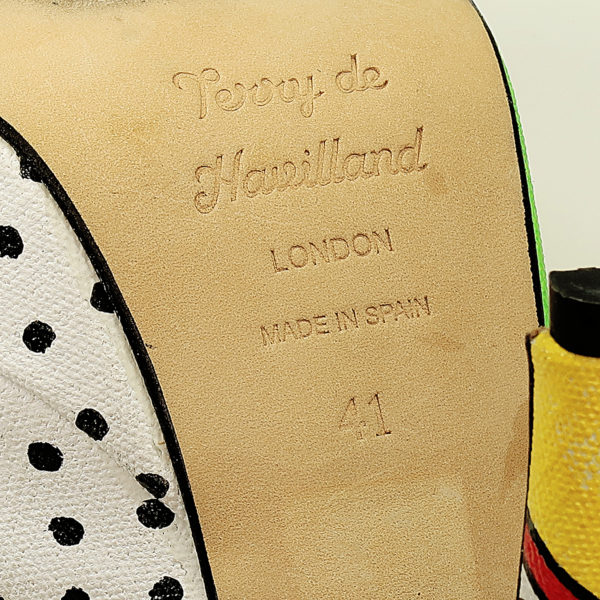 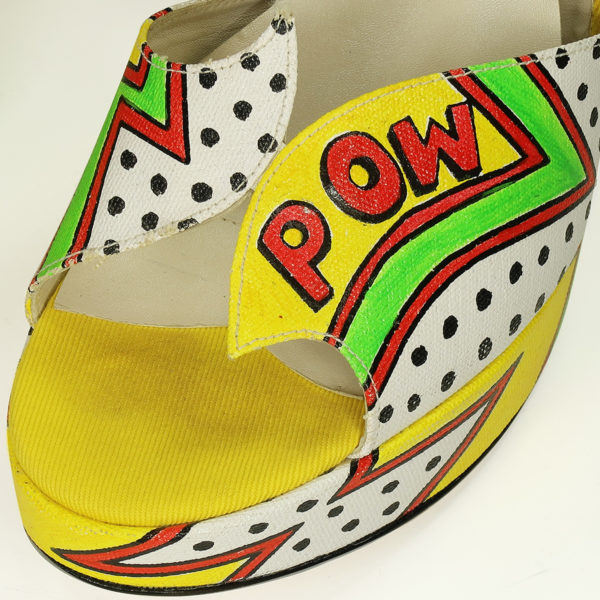 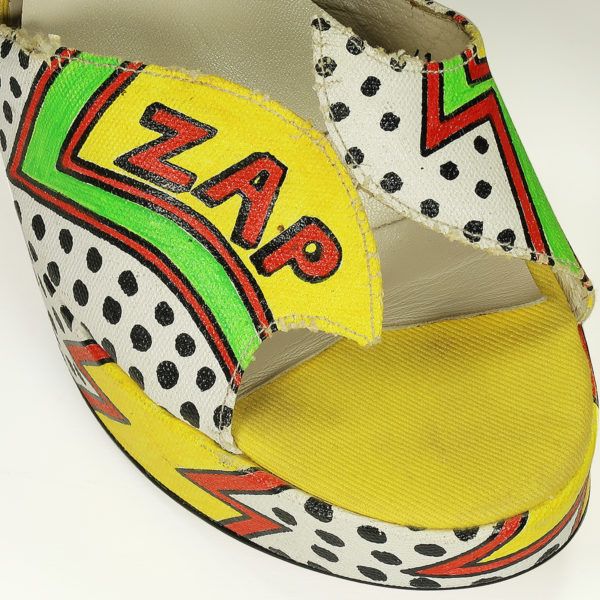 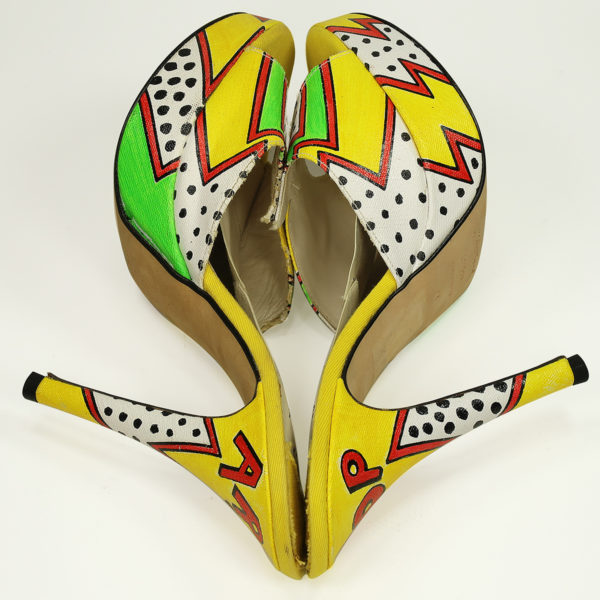 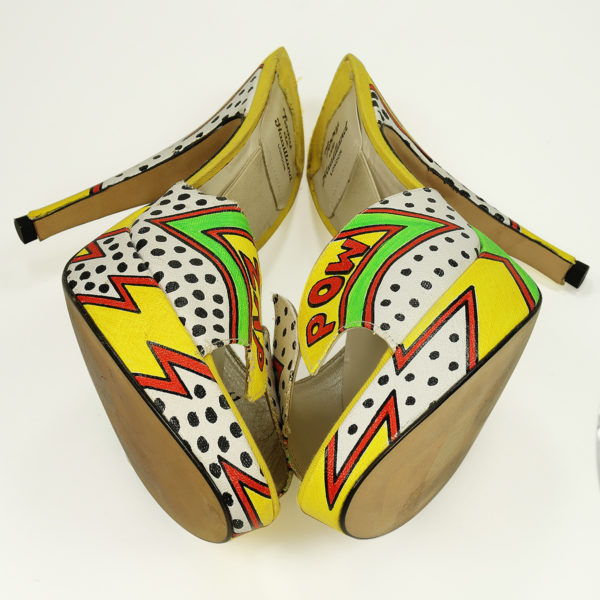 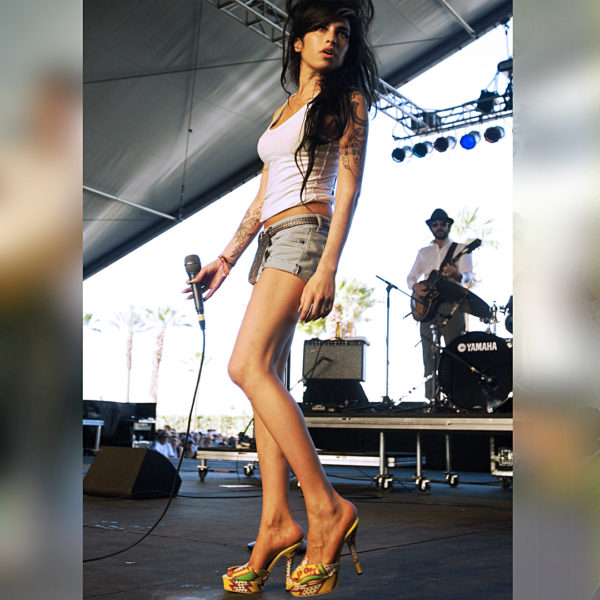 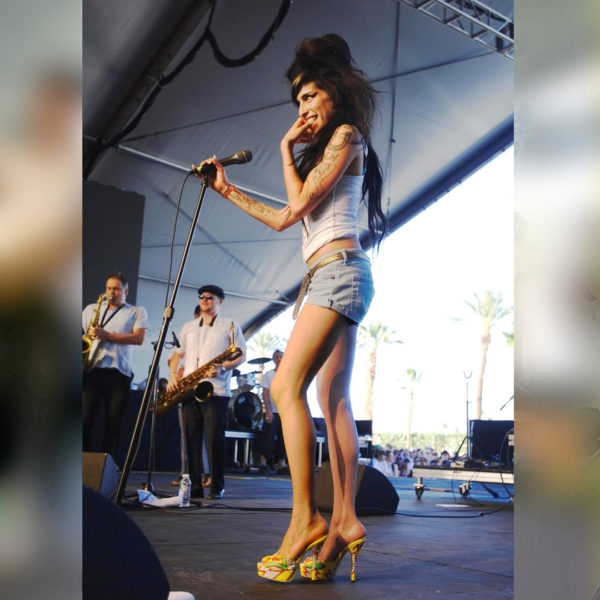 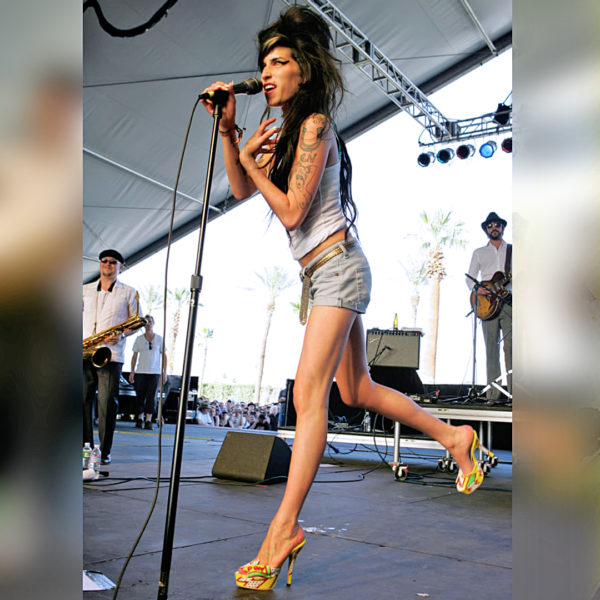 The limited edition Zap Pow shoes was designed exclusively for Amy Winehouse on tour in 2007. This shoe gained a lot of attention while Amy was on tour. As a result of this, the Zap Pow wedge was available to buy from the Terry de Havilland London store at the time! The shoe designer Terry de Havilland in his London store, Cobblers to the World, in 1974. Over the years his clientele included the Beatles, Elton John, Cher, Madonna and many others.

Terry de Havilland (1938-2019) is an English shoe designer, often cited as the ‘Rock n Roll Cobbler of the 1970s’ and is most famed for his key part in the ‘Swinging London’ fashion scene, with clients including Marianne Faithfull, Led Zeppelin, Bianca Jagger and David Bowie. His iconic platforms are still worn today by the likes of Kate Moss, Lady Gaga, and Cara Delevigne, just some of the A-listers that have been seen in those jaw-dropping designs. You can join the most fashion-forward tribe on Earth by treating yourself to a pair of catwalk-worthy shoes.

Terry de Havilland wedges, platform heels, stilettos, and boots are iconic. Bright, bold, and eye-catching, they epitomise 70s style. And, some of Terry de Havilland designs can actually be found in museums around the world.