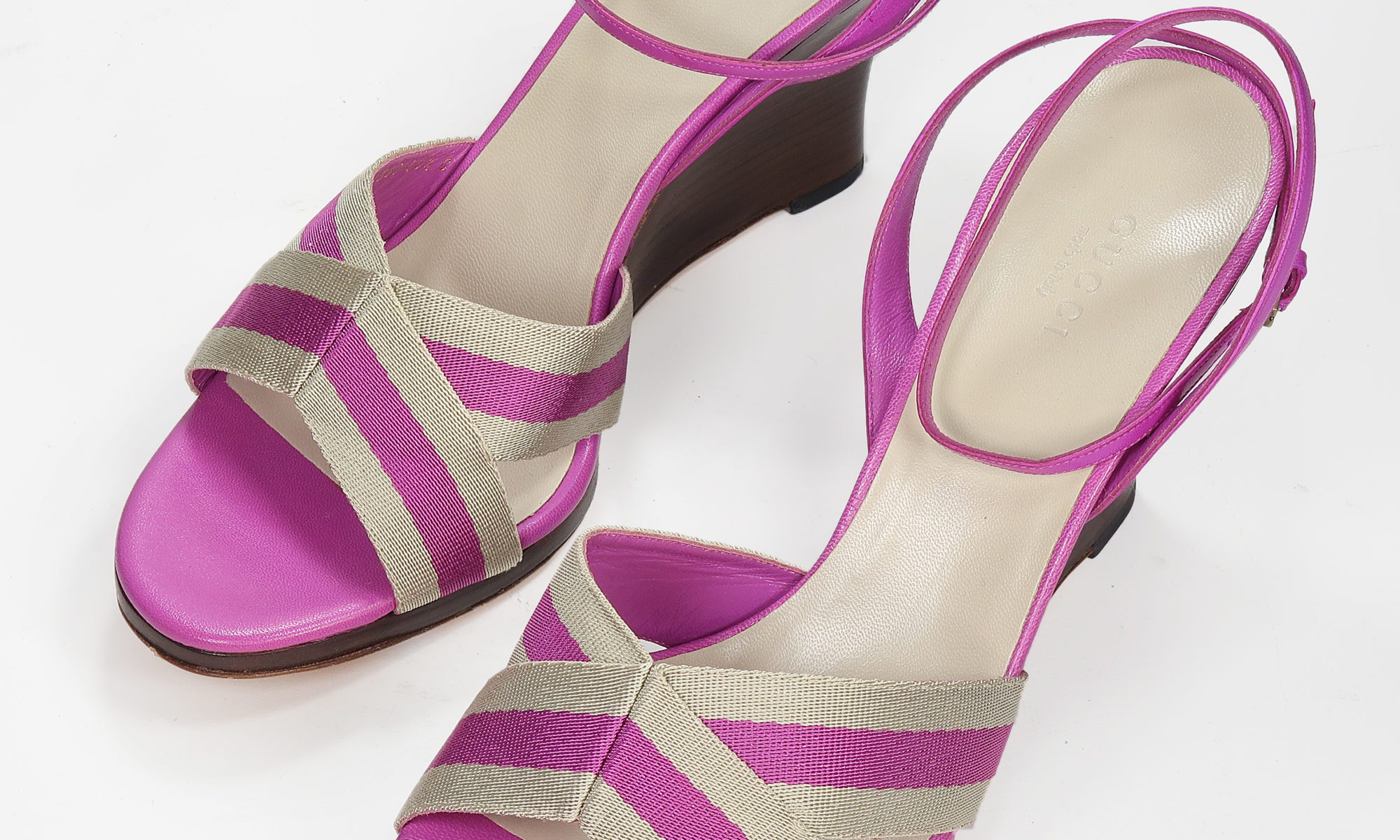 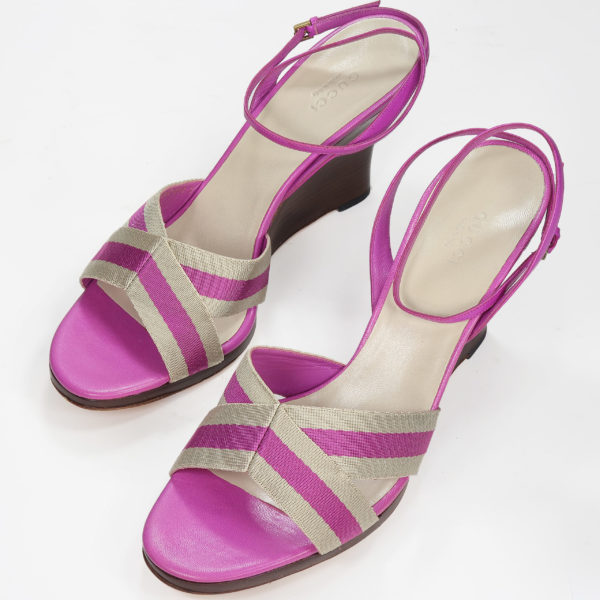 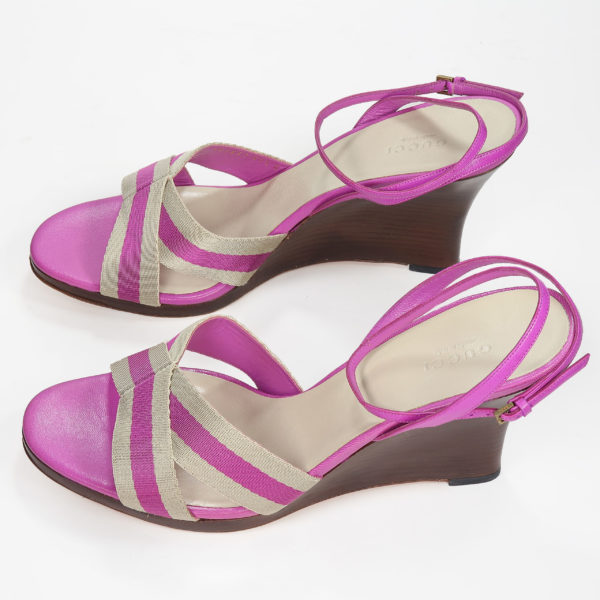 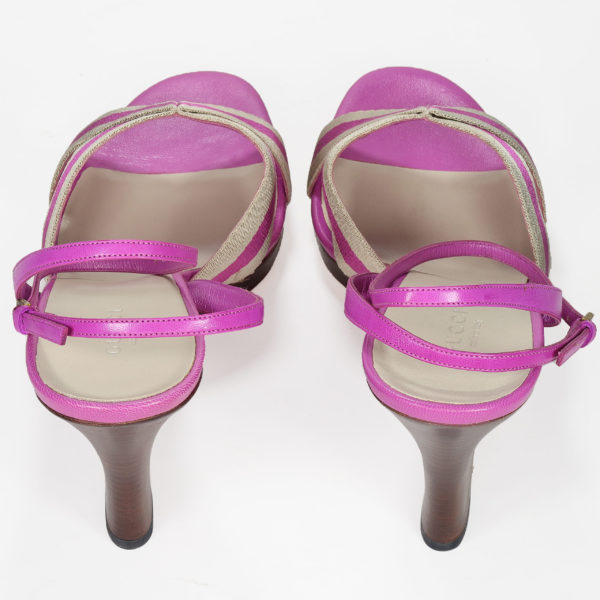 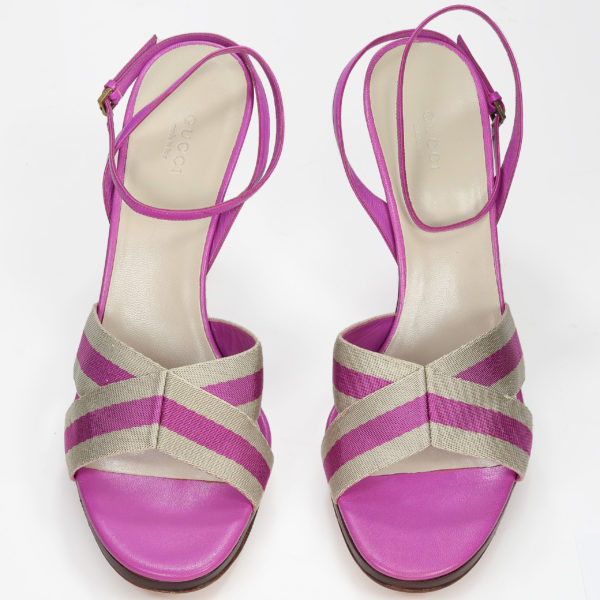 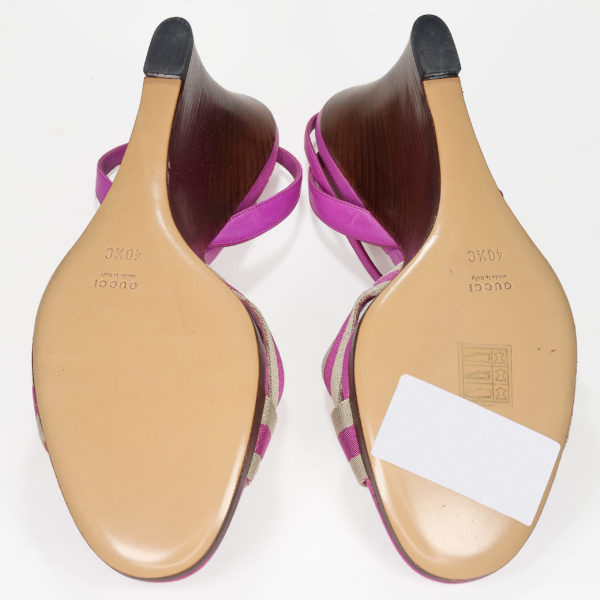 Please note: this item may show some signs of storage. This is reflected in the greatly reduced price. In 2002, FRIDA GIANNINI joined GUCCI as design director of handbags.
She was appointed to head women’s accessories when Tom Ford departed the company. At the time, GUCCI stores focused its inventory on the “GG” monogram canvas bag. GIANNINI attempted to change GUCCI’s style from Tom Ford’s designs by drawing from GUCCI’s Heritage.
In 2006, GIANNINI was promoted to Creative Director for the entire GUCCI label.

The 2010 Spring women’s line was noted  for motocross and minimized parachute jackets and crocodile bikers—the sort of thing a GUCCI girl loves. GIANNINI stepped it up, laying on more harnesses, opening the backs of blazers to reveal bare skin, adding more metal, more sparkle—the kind of GUCCI-glamour sensationalism that had somehow slipped out the door in the previous years.